3 Ways to Seduce a Man: Eyes, Fingers, and Words 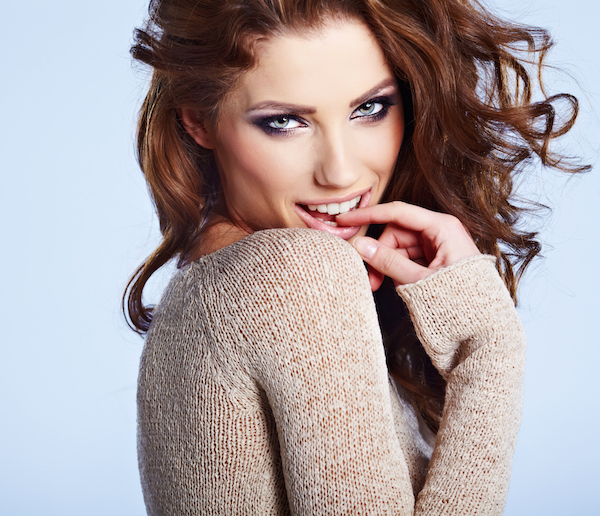 You'd be surprised at how little it takes to seduce someone. There are many ways that men seduce women. But, in this article, I'm going to teach you how to seduce a man. I'm going to list three ways that you can seduce a man, without straining yourself, or putting too much effort into it. In order to seduce a man, you don't have to do a whole lot. As we all know, sometimes less is more. Some men can get completely turned off by an aggressive woman who acts a bit too much on the forward side. Of course, many men not only don't care when a woman is very forward, but they absolutely love it! However, in this article I'm separating those men, from the ones that prefer a good girl with a sensual side. Again, this article is not for the guys that like bad girls. But, then again, it's all about how you perceive what a bad girl is.

The way that you look at a man can say a whole lot. After all, they do say that the eyes are the gateway to the soul. If being sexy doesn't come natural to you, then you need to put out a little effort in trying. That's what this article is for. It's for the women that are all brains and no passion. This is not meant to teach women how to play games or trick men in any way. It's merely meant as a tool to guide women that need a little assistance, and to help give them some direction. You can basically seduce a man by doing many, many things. In this article, I'm only going to list three things, which are eyes, fingers, and words. I want women that are reading this to understand that these kinds of seductions shouldn't take place when you just meet someone, are on a first date, or don't have a certain type of comfort level, where you feel he's into you (just enough). As you read this, it's important to remember one thing, and that's that seducing a man doesn't just mean, making him want you on a physical level, but more than that. It's showing a man that you have a sensual side that can provoke his heart, mind, and body, to fall for you. 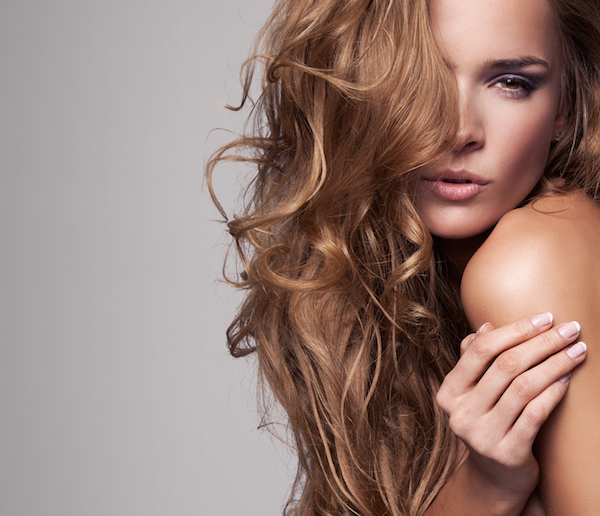 Since way back when, women have been batting their eyes at men, trying to reel them in. There's something about mascara that does that to men. Mascara enhances a woman's eyes and the way that she bats them. Do you know that look that a woman gets to her eyes, when she drinks a little wine or alcohol? It's important that a woman gets that look to her eyes, as if she was drinking wine, but wine isn't necessarily needed. If you can relate to the feeling that you get when you drink wine, and you've ever looked in the mirror after having a drink, then that's the look that I'm talking about. The effect that alcohol has on your eyes is an effect that enhances their seductiveness. In other words, you don't need wine to have that effect. You simply need to be aware of that effect and get into that mode or mind frame, and display it through your eyes. It's important to look deep into a man's eyes and to do so from your heart, but don't stare for too long, or you may come off as obsessed. I don't know about most women, but I can tell a lot by looking into a man's eyes. When you're paying attention to the man that you're talking with, and giving him your absolute, full attention, you can naturally gaze into his eyes.

Another thing that you can do with your eyes, which shouldn't be hard if he's very attractive, is very slowly check him out, but only above the waist, and briefly. Anything more than above the waist would be beyond inappropriate, and put you in the list of sexually aggressive women. In this method of seduction, your intention is not to be an aggressive woman, so ease up when you check him out, and make sure that you don't take it too far. If you check him out too much, he'll get the wrong impression and consider you as someone that's only interested in hooking up. He'll think that you don't have any interest in the possibility of having a meaningful relationship. Checking him out should last no more than one and a half seconds. Yes ladies, that's all that it takes. You should start from his eyes and gently looked down at his neck, shoulders, and chest. Besides, you want to see or get an idea of what's possibly in store for you down the line. If all else fails, let your eyes meet and very demurely, subtly look away, letting the momentary stare linger.

It's important that a man takes your hand or touches your hand first. Whether it's on the table at a restaurant, in the car, or simply walking down the street. I believe that a man should take the lead during early dating in those scenarios. Of course, there are no rules as far as that goes. I merely think that it's better when a man takes more of the initiative during early dating. Having said that, all that a woman needs to do with her fingers is barely touch his hand by grazing her finger ever so gently on any part of his hand. You should do this to his hand, because once again, this is early dating, and you don't want to give him the wrong impression. Your goal is to fall in love and seducing a man a little bit, isn't necessarily a bad thing. It's simply shows that you have a sensual side. What man doesn't like a woman with a sensual side!

In case you haven't noticed, your fingertips alone can do wonders, when it comes to pleasing, gently caressing, or touching someone. If he's into you, and you're using your fingertips the right way, his hand and skin will naturally absorb your sensual, light touch. At that point, he's likely to take your hand and do the same thing, or simply hold your hand. Remember to keep it classy. At this point, he'll be slightly seduced and think of you as a sensual woman. If you like the man enough, you're likely going to want to touch his face in some way. Not all women will feel this way, but either way, when it's not natural, in the same manner that you gently grazed your fingertips onto his hand, you can do the same type of thing on the side of his face. It's important to only do that for a moment, so once again, you don't come off as too aggressive.

The things that a woman says and talks about during early dating can be a game changer for a man. If a man's intentions with you are pure and he's looking for something meaningful, it's still safe to seduce him. But, you need to seduce him with your brains, and not just by your eyes and feminine touch. There's nothing as sexy and seductive as an intellectual woman that speaks her mind, shares her opinions, but carries herself in a feminine, elegant, but strong manner. It's possible to use words to seduce a man. A woman that has knowledge in certain areas and can entertain it through good conversation with a man, can be a huge turn on for a man. But, it's important not to take it too far and start sounding like an arrogant know-it-all. Being intelligent is wonderful, but remaining humble and sweet is imperative for seducing a man.

As well as sharing your intelligent side with a man, in hopes to come off as more than just a pretty face, it's important to talk in a very demure and sexy way. No, I don't mean like Marilyn Monroe. I always write about the importance of your tone when you speak, so this is another example of when a woman's tone and how she talks should be gentle, sweet, soft-spoken, yet, engaging, and seductive. Remember to maintain your seductive eye contact while you're using your brain powers on him. Keep in mind, during early dating, a woman shouldn't talk dirty to a man, unless she's looking for an unexamined relationship. It's better that she doesn't engage in or take the conversation to an intimate place, and when a man does, you can be your adorable self, and make it obvious that you're changing the subject. Remember, seducing a man and bringing out your sensual side, doesn't mean that you shouldn't be yourself. What it means is that you should simply integrate these tips to your own uninhibited, natural charm. 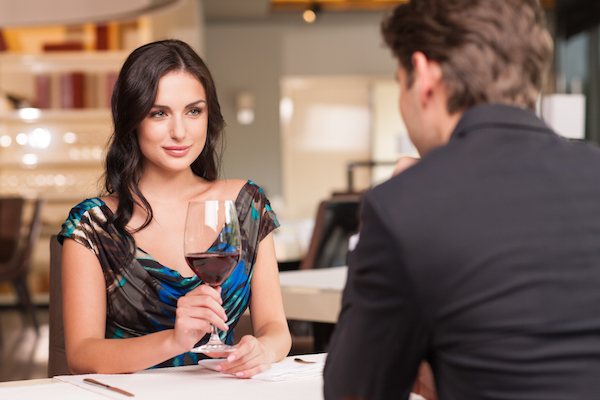 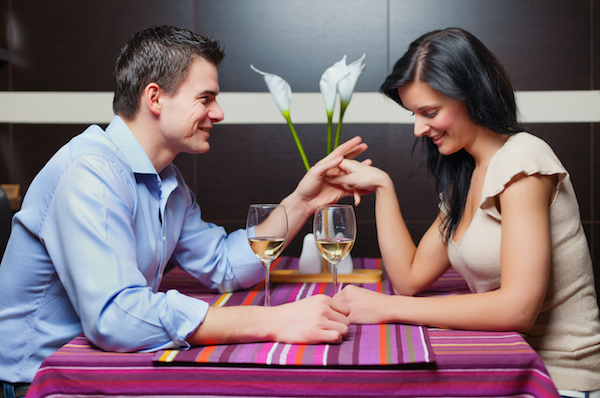 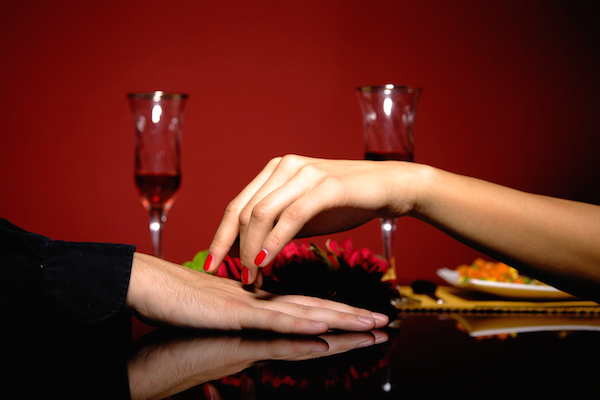 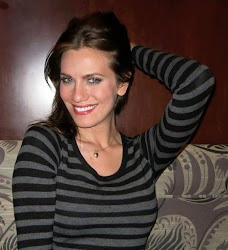 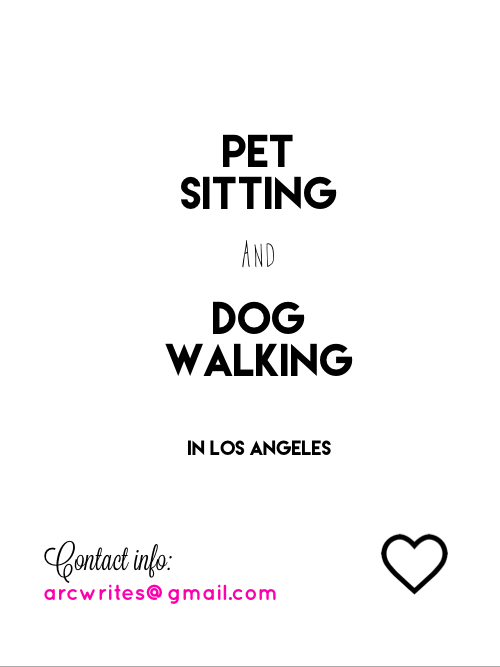 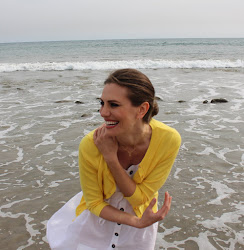